Pheasants are birds that can be found alone or in small flocks. Typically, a mother hen and her brood will stay together until early autumn. 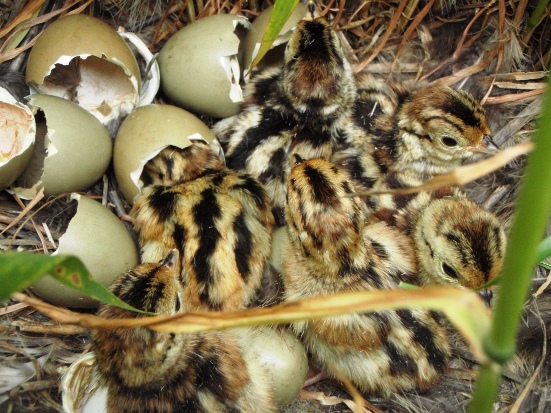 While pheasants are able to fly fast for short distances, they prefer to run. If startled however, they will burst to the sky in a ”flush.”

Male ring-necks feature a white ring around their neck with body plumage of gold, brown, green, purple, and white.

A rooster’s head has plumage of blue and green with a distinctive red wattle. Females are much less showy with drab brown feathers.

Pheasants spend almost their entire life on the ground, rarely ever being seen in trees. They eat a wide variety of foods including, insects, seeds, and leaves. 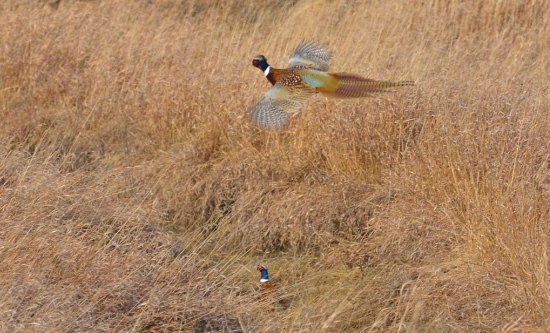 Roosters typically have a harem of several females during spring mating season.

Hen pheasants nest on the ground, producing a clutch of around twelve eggs over a two to three week period in April to June.

The incubation period is about 23 days.

Rarely, if ever, does a pheasant die of old age. In fact, the average life span is less than 1 year. The pheasant is a prey species and must face major sources of mortality beginning the day it is laid in the nest as an egg.